Our Board of Directors

The Westminster Counseling Center receives guidance from an experienced and diverse Board of Directors.

Glenace retired in 2015 as Director of Children's and Adult Mental Health at the Minnesota Department of Human Services, where she had worked since 2000. A child clinical psychologist by training, she taught and served as director of clinical training at Baylor University, followed by clinical and administrative positions at the Department of Pediatrics of the University of Minnesota, Children's Hospitals and Clinics of Minnesota, and Fraser Community Services. Her professional interests have focused on lifelong trajectories in socioemotional development and their implications for the mental health of children and their families, as well as how clinical practice and public policy can better support healthy development. A frequent conference and workshop presenter, Dr. Edwall has authored two books and numerous papers, and holds doctorates from the University of Minnesota and the University of Denver.

She is a member of Plymouth Congregational Church of Minneapolis, where she has been an alto in the senior choir for 15 years. She has chaired the Board of Member Care and served on the Fine Arts Board and the Ministerial Search Committee, which recently concluded its search for a new senior minister, the Rev. Dr. Carla J. Bailey.

Janet is employed at The Basilica of Saint Mary in Minneapolis.  For the past ten years, she has led the mental health, disability, and employment ministries in addition to serving, for the past 39 years, on the liturgy team as a musician and liturgist.  Prior to her work at The Basilica, she worked for numerous Twin Cities arts organizations creating and developing educational components with The Minnesota Alliance for Arts in Education, The Perpich Center for Arts Education, the Minneapolis Chamber Orchestra, The Guthrie Theater, and the Hennepin Theatre Trust.  She is a recipient of a Minnesota State Arts Board Legacy Performing Grant, touring Minnesota and performing two song cycles by Minnesota composers.  She received her degree in Communications and Theater at Macalester College in Saint Paul.

Tom retired in 2013 as the Chief Information Officer at St. Jude Medical, Inc. During his 30+ year business career, he held executive positions in information technology, finance and human resources. Tom has been a member of Westminster Presbyterian Church since 1986, where he has served as an Elder and has participated on many committees. Tom served as a board member and officer for Cantus, a non-profit men’s vocal ensemble based in the Twin Cities. He received his MBA from The University of Michigan and his B.S. from Minnesota State University - Mankato.

Barbara is a retired development professional.  Prior to retirement in 2012, she was Development Director for 15 years at Breck School, an independent, college-prep, Pre-K-12 school in Golden Valley.  She was responsible for all fundraising and alumni relations activities. Prior to that she was Director of Community Relations and Volunteer Services for 17 years at St. Cloud Hospital, a tertiary-care hospital in St. Cloud, MN. She has served as an Elder and Deacon at Westminster Presbyterian Church and continues to serve on various church committees. She received her B.S. degree from the University of Minnesota and her M.B.A. degree from the University of St. Thomas.

Jim Koon is a former banker who now devotes his energies toward serving local church and community needs.  Prior to corporate retirement, Jim was fortunate to have been able to initiate numerous industry-edge changes that lowered costs for consumers.  While serving as Head of Retail Product Management at Bank of America, Jim’s teams created a ripple of price reductions across the industry by eliminating debit card fees and other charges for all customers in the late 1990’s.  During the mortgage crisis in 2009, Jim’s teams at TCF Bank instituted programs that enabled 60-70% more of its customers to stay in their homes than all other banks or governmental programs.  In 2012, Jim led TCF’s move to eliminate monthly checking account fees and make free checking accounts available to all customers.

Jim currently serves as founder of SafeNights.org where he is working to license breakthrough programs that will enable local communities to give shelter to homeless high school students in a manner that avoids disruption to school attendance.

Jim serves on several local boards and continues to volunteer as much as he is able.  He received his BA at Claremont McKenna College and MBA at Duke University.

David was born in Taiwan and immigrated to the U.S. when he was 11. He holds a B.A. in
philosophy from Emory University, where he was the founder and leader of the Korean Christian Fellowship and Chinese Student Organization. He earned his Master of Divinity from Princeton Theological Seminary, where he founded the Asian, Asian American and Pacific Island student
group.

David joined the staff at Westminster Presbyterian Church in late 2015, and as Associate Pastor for Congregational Care, he works with trained lay leaders to meet the care needs of the entire church family. David is a graduate of the Executive Leadership Program at McCormick Theological Seminary and served for several years on the Presbyterian Investment and Loan Program (PILP) board.

Nancy is currently working as outreach and engagement manager for the University of Minnesota School of Nursing, and has over thirty five years experience in health care.  Before joining the School of Nursing, Nancy worked at the University of Minnesota Center for Bioethics. She currently serves on the Westminster Counseling Center Board, the Ecumen Board, and has previously served on the boards of the Children’s Hospitals, Colonial Church in Edina, Stevens Square Foundation, the Downtown Council to End Homelessness, and continues to volunteer in efforts to end homelessness, serve vulnerable populations and end of life initiatives. She is a member of Westminster church, and serves on several committees within the church.

Nancy has a B.S. in Nursing from Gustavus Adolphus College, and an M.A.R.T from United Theological Seminary.

Diane is currently the director of congregational care at Bethlehem Lutheran Church, Twin Cities. Currently the ministry has developed Mental Health Connect, a community based ministry that helps individuals and families navigate mental health services, including housing and employment.  From 2004-2008, she was director of the Wellness Connection, a program that employed community health workers to help refugees and immigrants navigate living in Minneapolis. She is  on the board of Total Health Africa, a non - profit providing health and education in Bukoba, Tanzania.  She has traveled four times to Tanzania and is leading the efforts to educate community health workers to provide care in the villages around Bukoba.

Diane lives in Minneapolis with her husband.  She delights in spending time with her grandsons especially skiing and traveling. 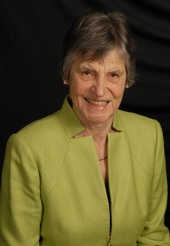 Elisabeth is a retired Physician and Medical Director. She received her MD degree in 1969 at the University of Zuerich, Switzerland and completed her postgraduate education at Abbott Northwestern Hospital and the University of Minnesota. She practiced Internal Medicine at the St. Louis Park Medical Center/Park Nicollet Medical Center and became a VP Medical Director for Reliastar/ING in 1995.  As a Deacon at Westminster Presbytarian Church, Elisabeth was a lay counselor and chaired the Counseling Committee from 1984-1987. She was instrumental in the foundation of  the Westminster Counseling Center in 1987 and served as  Vice–Chair of the Counseling Center Board from 1991-1994. She joined the WCC Board of  Directors again from 2008-2014 as liaison while serving on Westminster’s Board of Trustees. Other Non-profit Board experiences include terms with the Park Nicollet Medical Foundation and the School of Nursing Foundation at the U of M.